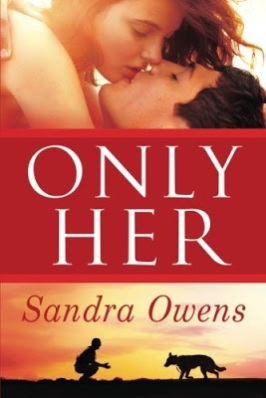 Former SEAL sniper Cody Roberts has returned from Afghanistan with too many demons and a simple wish: to be left alone. Working for K2 Special Services, caring for the war dogs he rescued, playing his guitar—that’s all he wants to do. But Cody is as protective as his nickname, “Dog,” suggests. A man like that can’t sit back when he realizes the beautiful veterinarian next door is being targeted by an unknown enemy.

Riley Austin is desperate to find out who’s poisoning her animal patients, and she’s stunned by her mysterious neighbor’s suggestion that it’s personal. But Cody makes her feel something else, too: a powerful attraction. He insists he’s no good for her, but those haunted eyes and that chiseled body tell Riley that surrendering to their mutual lust is worth the risk. And despite his conditions—no falling for each other, no regrets once it’s over—she’ll fight to love him just as fiercely as he’ll fight to save her.

Riley needed to clear her head, and a good, sweaty run would do the trick. Since it was dark out and she wasn’t stupid, she would just run up and down the sidewalk in front of her house under the streetlights.

After changing into running clothes, she headed out. She checked her Fitbit, noting the steps she’d taken so far that day. Three thousand more, she decided, clipping the device onto the waist of her shorts.

On the fifth pass by her house, she heard a car coming up the street at the same time she noticed Mystery Man on his lawn, tossing balls to his dogs. She subtly eyed him as she ran past, a thrill coursing through her at seeing him blatantly watching her.

The car’s engine revved as it sped up, and Riley considered yelling at the driver to slow down, that there were children and animals living on the block. Better not to, though. Too many crazies behind the wheels of cars these days.

At the very moment she heard the auto’s tires bump over the sidewalk, she was tackled from behind by a pair of strong arms, pulled back against a rock-hard body, and rolled across her lawn until finally being pulled behind a magnolia tree.

Acting on instinct, she bit down on the arm holding her. When the man swore and let go, she twisted and brought up her knee, aiming for his junk like she’d been taught in her self-defense class.

“Easy, darlin’,” the man said, catching her leg and holding it with a strength she couldn’t match. “I’m rather fond of that part.”

Heart pounding as if she’d run a marathon, she looked into the caramel-colored eyes of her mystery man. He let her go, and she scooted away. As she became aware of her surroundings, she heard the squeal of tires as the car raced away. The man’s dogs were furiously barking, and she glanced across the street to see them running back and forth along the edge of the sidewalk.

“What the hell’s wrong with you?” she yelled.

The blasted man rolled onto his back and laughed. “Now there’s a question.”

“Are you crazy?” Great, her new neighbor was a wacko. He lifted onto an elbow, and she couldn’t help but notice how the muscles in his arm flexed. And then he smiled, showing off a dimple on the right side of his cheek, which made her stomach twitchy. Okay, he was a hot wacko.

“You keep asking me that,” he said. “Same answer as before. Probably.”

Ooh-kay then. The sexy smile faded, and his intense focus on her made her want to squirm. “What? Why are you looking at me like that? Why did you tackle me?”

“Enough,” he said, raising his voice.

Just as Riley decided she really was in the company of an unbalanced man and it was time to make her exit, the dogs quieted. “Oh, you were talking to them.” There went that dimpled smile again.

“I’d never yell at you, darlin’.” He pushed up to a sitting position. “Know who’d like to see you dead?”

Well, hell. Just when she was beginning to think he was sane, he went and ruined her hope. Hope, because her stomach was still doing that fluttery-twitchy thing, and really, she was way overdue for some playtime. She just bet he was a man who could teach her a few new tricks.

She shook her head. “Of course not. Why would you even ask such a question?”

As if used to scoping out his surroundings, he scanned the area around them. “Because whoever was driving that car aimed right at you.”

He reached over and put his fingers under her chin, closing her mouth. “Someone just tried to kill you, darlin’.”

“Stop calling me that. My name’s Riley. Riley Austin.” Although she actually liked how the endearment sounded when he said it, she would never admit it. She had the feeling he was a man who pushed the boundaries of how far he could go. She swallowed a snort. Admit it, Riley. You’d like him to push your boundaries.

“Riley,” he said, his voice caressing her name. “Nice to meet you. I’m Cody Roberts.”

And of course, he would have a sexy cowboy name. “That car, it was just someone not paying attention, probably texting.”

“Sorry, darlin’ . . . ah, Riley, but no. They were looking right at you and aimed for you. Whoever it was had on a knit hat and dark glasses even though it’s night. Couldn’t tell if it was a man or woman. I should have gotten the plate number, but I was too busy saving your pretty ass. It was an older model Chrysler, a Sebring maybe, so we know that much.”

He thought her ass was pretty? Pay attention, Riley. Did someone really try to run her over? She couldn’t think of a soul who had it out for her. “No, no one’s trying to kill me.” On top of her patients dying of poison, that would just be too much. “No,” she said with conviction, “you’re wrong.”

Those eyes. She could drown in them. Before she thought better of it, she leaned forward and, oh God, she was kissing him. 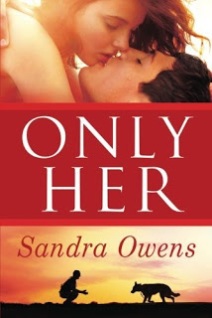 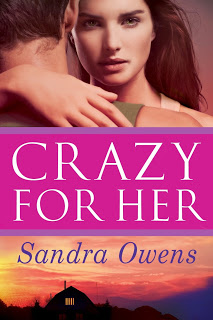 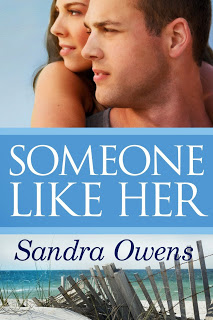 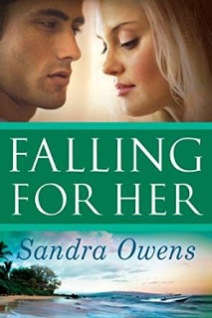 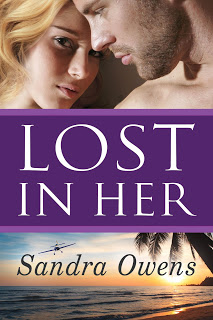 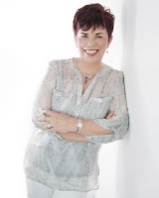 A best selling, award-winning author, Sandra Owens lives in the beautiful Blue Ridge Mountains of North Carolina. Her family and friends often question her sanity, but have ceased being surprised by what she might get up to next. She’s jumped out of a plane, flown in an aerobatic plane while the pilot performed thrilling stunts, has flown Air Combat (two fighter planes dogfighting, pretending to shoot at each other with laser guns), and rode a Harley motorcycle for years. She regrets nothing.

Edin is a fully responsive theme that helps you to create a strong–yet beautiful–online presence for your business. Edin's layout adjusts itself depending on the device you are using. This means your site will look good not only on laptop browsers, but also on devices with smaller screens, such as the iPad and iPhone.
%d bloggers like this: