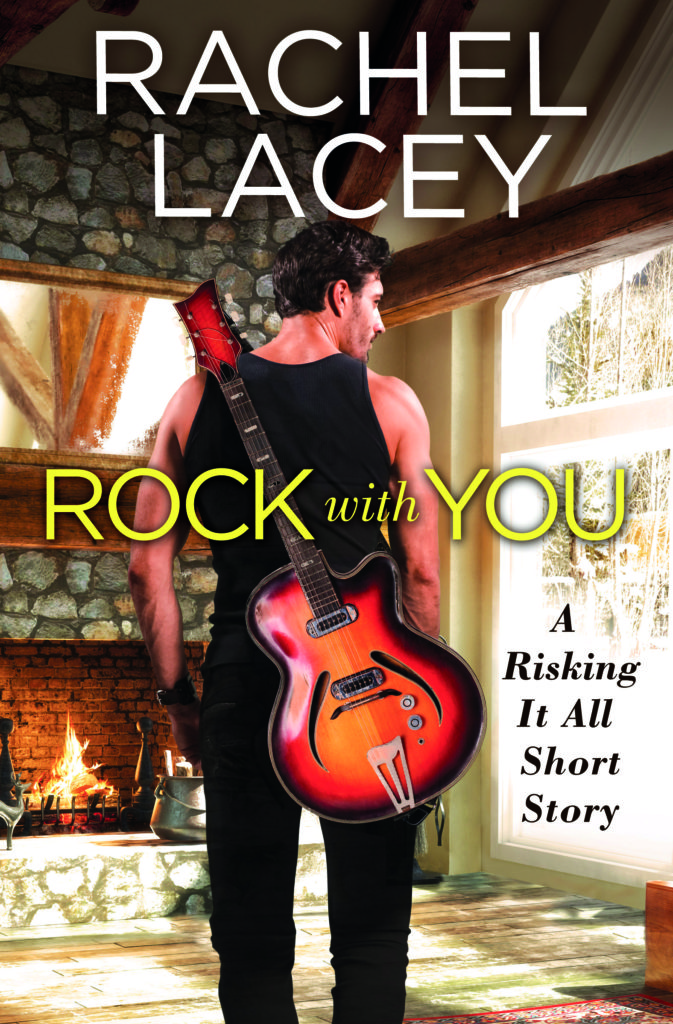 Carly Taylor is pretty sure she’s dreaming. It’s not possible that Sam Weiss – rock star god and sexy hotness personified – is actually in her bakery. This sort of thing never happens in the too-small town of Haven. Or to her. And being stranded in a secluded mountain cabin with the deliciously decadent Sam during an ice storm? This is definitely not Carly’s real life . . .

Now there’s just the two of them, a roaring fire, lots of food and drink, and a sizzling attraction – one that just might make Carly do the unexpected. For one night, she’ll live the fantasy. For one night, nothing else matters. . . not her struggling business, not her lonely life, not Sam’s bad-boy reputation. But sometimes one night can turn one crazy, beautiful dream into something real.

Carly Taylor crouched behind the display case, peeking out between the blueberry muffins and the orange-cranberry scones. A man stood just inside the door, baseball cap pulled low, talking on his phone. He’d never come into A Piece of Cake Bakery before. And it was probably just her imagination playing tricks on her, but she could swear it was Sam Weiss. As in, one of the hottest rock stars in America.

Carly peeked at him again from behind the scones, then leaned over to pick up the napkin she’d pretended to drop to give herself an excuse to snoop. Sam Weiss probably lived in Hollywood. There was no way he’d be standing here—sans entourage—in the doorway of her little bakery in Haven, North Carolina, a town in the Smoky Mountains so small that it barely registered as a blip on the map.

She was daydreaming, as usual. She’d listened to Sam’s latest album, Renegade, this morning while she baked, and now she was imagining him here in her shop.

“What are you doing down there, Carly?”

Carly looked up to see her grandma, Marlene, peering at her over the glass countertop. “I, ah, dropped something.”

“Lost in your thoughts again?” her grandmother asked with a wide smile.

“Something like that.” Carly climbed to her feet, clutching the dropped napkin.

Her grandmother’s friend Dixie stood beside her, her blue eyes twinkling mischievously. “Daydreaming about that handsome young man over by the door, I bet.”

Carly resisted the urge to glance in his direction but felt herself grinning anyway. “I have no idea what you’re talking about.”

“Well, we’re on our way out,” her grandmother said. “Aqua aerobics to work off those muffins.”

“Worth every calorie,” Dixie added.

The two women waved as they headed for the door, walking past the mystery hottie as they left. Carly’s grandma had created this bakery and ran it happily for over twenty years. She’d retired six months ago, handing over the reins to Carly.

But owning A Piece of Cake had been anything but a piece of cake for Carly so far. Profits were down, way down. She needed to get her head out of the clouds—and her mind off certain rock star look-a-likes—before she ran her grandmother’s pride and joy straight into the ground.

With a heavy sigh, she tossed the napkin she still held into the trash.

“What do you recommend?”

She looked up and into the blue eyes of Sam Weiss—or his non-celebrity twin. Lookalike or not, he was ridiculously hot, and she was a dork because her cheeks were burning. He wore a leather jacket over a black T-shirt and dark-washed jeans. But his eyes…wow. He still wore the baseball cap pulled low, with a sinful amount of stubble on his cheeks that all screamed Rock God.

“If you have a sweet tooth, you should, um, try a cinnamon bun. They’re my specialty.”

He leaned in, resting his elbows on the counter. “I do have a sweet tooth, especially for a pretty woman who bakes. This your place?”

That voice. Sweet Jesus. It was smooth as caramel with just a hint of a southern twang, and she’d know it anywhere. Sam Weiss is in my shop! And did he just hit on me?

“Yes.” She cleared her throat because why did she suddenly sound like Minnie Mouse? “Yes, this is my shop.”

A slow smile curved his lips. “A pretty woman who bakes and owns her own business. I like you already.”

“Thanks.” She really shouldn’t keep staring, but whoa, her brain was short-circuiting because…Sam Weiss. In her shop. Looking like sex on a stick, and he smelled pretty awesome too, like some kind of expensive cologne. Yum.

“I’ll try one of your cinnamon buns…” He paused, glancing down for the nametag she never wore since everyone in town already knew her name.

“Carly.” He met her gaze again, and the sound of her name on his lips made her knees wobble. “And a coffee, black.”

“You got it,” she said with a smile that felt weird on her face, and God, why was she being such an idiot? “For here?”

He nodded, watching her intently as if he’d figured out by all her bumbling dorkiness that she’d recognized him because, really, how could he not? At least he looked amused instead of annoyed.

She dished up a cinnamon bun and a cup of coffee without dropping anything or making a further fool of herself, and he paid in cash—denying her the thrill of seeing what name might be on his credit card. He probably went by some cool alter ego when he traveled anyway.

“Thanks, Carly,” he said in that butter-soft voice that made her feel all hot and fluttery inside. Then he leaned in, winked, and pressed a finger to his lips, making a silent, “sh.”

And oh my God, he knew she knew. Which meant it was definitely him. And she grinned like an idiot while he walked to a table in the back and sat, long legs stretched in front of him. A muffled beep from the direction of the kitchen told her she’d forgotten to take the last batch of butterscotch pecan sandies out of the oven.

So much for keeping her mind on business this morning. But at this exact moment—her eyes still on Sam Weiss—she didn’t care. Not even a little bit. 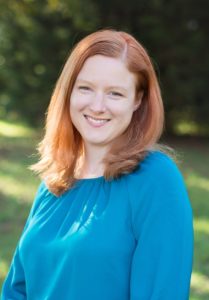 Rachel Lacey is a contemporary romance author and semi-reformed travel junkie. She’s been climbed by a monkey on a mountain in Japan, gone scuba diving on the Great Barrier Reef, and camped out overnight in New York City for a chance to be an extra in a movie. These days, the majority of her adventures take place on the pages of the books she writes. She lives in warm and sunny North Carolina with her husband, son, and a variety of rescue pets.